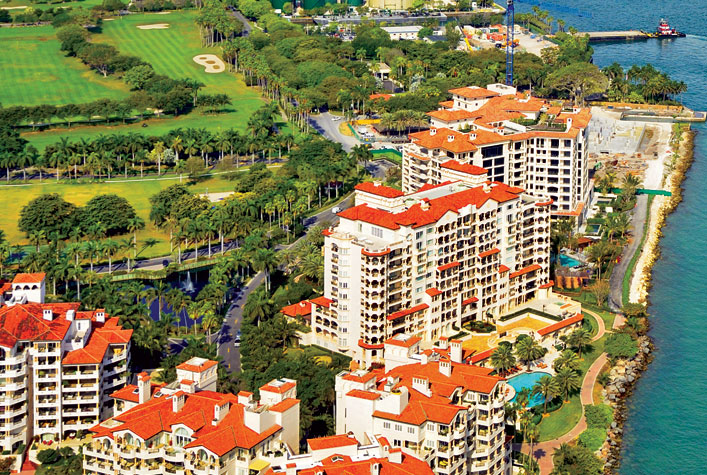 The Miami real estate market continues to strengthen as a result of increased sales and stabilizing home prices. In the Miami Metropolitan Statistical Area (MSA), there was a 59 percent increase in condominium sales in August compared to August 2009 and a 77 percent increase compared to two years ago, according to the MIAMI Association of REALTORS and the Southeast Florida Multiple Listing Service (SEFMLS).

The sales of existing single-family homes in the Miami MSA increased 12 percent in August compared to August 2009 and were 36 percent higher than they were in August 2008. The Miami real estate market experienced rising residential sales since August 2008, posting increases for 23 consecutive months. After dipping slightly last month, single-family home sales are again reflecting healthy gains, while condominium sales continue to increase significantly.

“We are encouraged by the fact that the sales of both single-family homes and condominiums are increasing,” said Jack H. Levine, 2010 Chairman of the Board of the MIAMI Association of REALTORS. “Home prices continue to stabilize, but the substantial presence of distressed properties in our market is contributing to fluctuations in median sales price levels. Still, the evident demand for South Florida real estate is definitely a positive sign.”

After posting increases in the last few months, the median sales price of single-family homes in the Miami MSA fell slightly in August.

Average sales prices, which have increased consistently over the last few months, rose again in August for single-family homes but dropped for condominiums. According to the SEFMLS, the average sales price for residential properties that sold in Miami-Dade County in August increased 9 percent from the previous year to $290,990 for single-family homes and decreased 35.3 percent to $174,470 for condominiums.

Days on the Market and Inventory Levels Decrease

The inventory of residential listings in Miami-Dade County according to the SEFMLS has dropped 5 percent from 27,255 to 25,679 since August 2009. The levels of active single-family home listings and of condominiums have both dropped six percent from a year ago.    Compared to last month, the total inventory of homes increased a negligible .08 percent. The average days a property stays on the market decreased 16.7 percent to 92 for single-family homes and 19.3 percent to 103 for condominiums.

Nationally, total housing inventory at the end of August slipped .6 percent from the previous month.

Florida is by far the top state in the U.S. for international buying activity, and South Florida consistently ranks as a top market for foreign buyers within the state. Due to the local market’s global prominence, the MIAMI Association of REALTORS partnered with NAR to conduct a study that reveals information about foreign buyers in the Miami area.

“This report communicates key findings about the crucial international buyer that fueled the local market’s recovery and is now playing an important role as the marketplace strengthens,” said 2010 MIAMI Association of REALTORS Residential President Oliver Ruiz. “We continue to see strong demand from international buyers in all price points, including the high-end market. These buyers are willing to outbid competing offers and are 89 percent cash, a factor that automatically expedites their transactions.”

About the MIAMI Association of REALTORS
The MIAMI Association of REALTORS was chartered by the National Association of Realtors in 1920 and is celebrating its 90th year of service to Realtors, the buying and selling public, and the communities in South Florida. Comprised of four organizations, the Residential Association, the Realtors Commercial Alliance, the Broward County Board of Governors, and the International Council, it represents more than 23,000 real estate professionals in all aspects of real estate sales, marketing, and brokerage. It is the largest local association in the National Association of Realtors, and has partnerships with more than 60 international organizations worldwide. MIAMI’s official website is http://www.miamire.com .

Doing Business with Brazil Event in Broward on August 3