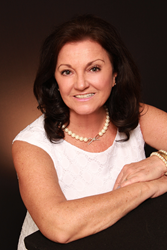 The MIAMI Association of REALTORS® (MIAMI) has elected Lynne Rifkin, Broker Associate, ABR, MRP, PMN, SRES as the 2017 President of the Jupiter-Tequesta-Hobe Sound Association of Realtors (JTHS) Council. She and the entire 2017 JTHS Board of Governors were installed Dec. 2 at Frenchman’s Creek Beach & Country Club in Palm Beach Gardens.

JTHS merged with MIAMI in September 2015. MIAMI assumed most JTHS administrative functions, allowing JTHS leadership and staff to focus on assisting and building the success of its members. JTHS headquarters are in Jupiter, Fla. The JTHS Board of Governors has continued leading and directing the services, issues and needs of their more than 2,500 members in Palm Beach and Martin counties.

“The JTHS Board of Governors is looking forward to another year of interpreting our local markets, participating in community service and promoting South Florida real estate worldwide,” Rifkin said. “We are stronger when we stand together and promote cooperation amongst real estate professionals for the clients they serve.”

Rifkin is currently a broker associate at Keller Williams of the Palm Beaches and partners as a team with her husband, Ron Jangaard, CIPS, GRI, TRC, e-PRO, GPS, MRP, providing seniors, military, and global relocation specialized services and luxury home sales and leases.

Rifkin is also the owner/founder of HSN Homes Solutions Network LLC, which offers supportive home watch and tenant screening for clients seeking assistance with the selection of tenants for their income producing rental properties.

Rifkin moved her business to Keller Williams Realty in November 2008 and joined their management team in 2012, as broker on Site. In 2013, her office was recognized as the No. 1 office for both productivity and profitability awards in the entire South Florida Region of more than 25 locations.

She continues expanding her team with results-oriented service with attention to details in the Palm Beaches, Martin and St. Lucie counties.

Among her many accomplishments, Rifkin received the 2010 Culture Award from Keller Williams Jupiter, as the ALC Culture Committee Chairman for Keller Williams Cares, which is a 501(c)(3) public charity created to support Keller Williams associates and their families with hardship as a result of a sudden emergency or long term illness.

In addition to her volunteer service with JTHS and MIAMI, and serving as past president for the National Association of Women in Construction and the Association of Plant Engineers of Palm Beach County, Rifkin has served on numerous other state and national boards.

In 2015, 2016, and 2017 she has been appointed to serve as a National Association of REALTORS® (NAR) director and a Florida Realtors state director.

In 2011, she served as the JTHS chapter president for the Women’s Council of Realtors and then served as WCR’s Florida state district vice president in 2014.

Rifkin is also an active member of her community and a former board member of the Jupiter Tequesta Junior Women’s Club and General Federation of Women national organization. Most recently she serves as a volunteer helping veterans in Jupiter and Tequesta through a group that works anonymously providing support to veterans and their families with food, respite and lodging. Most are wounded warriors from the U.S. armed services.

About the Jupiter-Tequesta-Hobe Sound (JTHS) Council
The Jupiter-Tequesta-Hobe Sound Council (JTHS) of MIAMI Association of REALTORS® (MIAMI) seeks to serve, unify and lead residential members in Palm Beach and Martin counties. With more than 2,500 members in Palm Beach and Martin Counties, the JTHS Council provides members with a legislative voice, education opportunities, a code of ethics, networking opportunities and more. JTHS merged with the MIAMI Association of REALTORS® in September 2015. The JTHS official website is http://www.jthsrealtors.com.

About the MIAMI Association of REALTORS®
The MIAMI Association of REALTORS® was chartered by the National Association of Realtors in 1920 and is celebrating 97 years of service to Realtors, the buying and selling public, and the communities in South Florida. Comprised of six organizations, the Residential Association, the Realtors Commercial Alliance, the Broward Council, the Jupiter Tequesta Hobe Sound (JTHS) Council, the Young Professionals Network (YPN) Council and the award-winning International Council, it represents nearly 45,000 real estate professionals in all aspects of real estate sales, marketing, and brokerage. It is the largest local Realtor association in the U.S., and has official partnerships with 160 international organizations worldwide. MIAMI’s official website is http://www.miamire.com