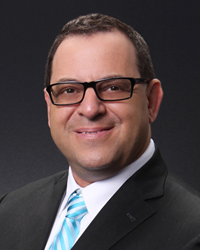 Mid-market Miami single-family home sales increased as prices for all properties continued their upward trend in October, according to a new report by the MIAMI Association of REALTORS® (MIAMI) and the Multiple Listing Service (MLS) system.

“Miami’s evolution into a world-class global city is attracting domestic homebuyers from throughout the United States,” said Mark Sadek, a Coral Springs Realtor and the 2016 MIAMI chairman of the board. “The middle of our market continues to see growing demand. Homebuyers want to live in a young global city with top-flight art, culture, entertainment and education.”

Despite the increased prices, Miami properties remain at 2005 price levels and at a major bargain compared to other global cities. A 120-square meter condo in Miami-Fort Lauderdale-Miami Beach cost $149,900 on average, according to the National Association of REALTORS® (NAR). London ($960,840), Hong Kong ($776,280), and New York ($1.6 million) prices are at least five times higher.

Mortgage interest rates are at historic lows, making buying a home more affordable. According to Freddie Mac, the average commitment rate for a 30-year, conventional, fixed-rate mortgage is 3.47 percent.

Total Sales Decline But Remain in Line with Historical Averages
Total existing Miami-Dade County residential sales — which posted a record year in 2013 and near record years in 2014 and 2015 — decreased 22.4 percent year-over-year from 2,550 to 1,980 as fewer distressed properties are available and inventory below $300,000 declines.

Total sales volume accounted for $804.3 million last month, a 17.8 percent decrease from the $978.8 million sales volume a year ago. The sales do not include Miami’s multi-billion dollar new construction condo market.

Distressed property sales continued to decline in Miami, a sign of the area’s strong housing market.

Nationally, distressed sales accounted for 5 percent of all sales in October, down from 6 percent a year ago.

For condos, the median time to contract stayed at 78 days. The median number of days between the listing date and closing date increased 1.6 percent to 125 days.

Lack of Condo Financing Continues to Impact Sales
In addition to competing sales from new construction units, the lack of access to mortgage loans is also impacting existing condominiums. Of the 9,307 condominium buildings in Miami-Dade and Broward Counties, only 13 are approved for Federal Housing Administration loans, down from 29 last year, according to statistics from the Florida Department of Business and Professional Regulation and FHA.

National and State Statistics
Nationally, total existing-home sales grew 2.0 percent to a seasonally adjusted annual rate of 5.60 million in October from an upwardly revised 5.49 million in September. October’s sales pace is 5.9 percent above a year ago (5.29 million), according to NAR.

Statewide, closed sales of existing single-family homes totaled 20,194, down 5.3 percent from October 2015, according to Florida Realtors. Florida’s condominium sales totaled 7,955, down 12.3 percent compared to a year ago.

The national median existing-home price for all housing types in October was $232,200, up 6.0 percent from October 2015 ($219,100). October’s price increase marks the 56th consecutive month of year-over-year gains.

Condominiums comprise a large portion of Miami’s cash purchases as 57.2 percent of condo closings were made in cash in October compared to 29.7 percent of single-family home sales.

Balanced Market for Single-Family Homes, Buyer’s Market for Condos
Inventory of single-family homes increased 6.3 percent in October from 6,074 active listings last year to 6,459 last month. Inventory has dropped 28.1 percent year-over-year for single-family homes priced below $300,000, from 1,844 listings to 1,325. Condominium inventory increased 19.4 percent to 14,409 from 12,064 listings during the same period in 2015.

Nationally, total housing inventory at the end of October declined 0.5 percent to 2.02 million existing homes available for sale, and is now 4.3 percent lower than a year ago (2.11 million) and has fallen year-over-year for 17 straight months.

Sixty-one condo towers with 6,343 units have been completed in Miami-Dade County east of I-95 in the last five years since the start of 2011, according to a Nov. 21 report from preconstruction condo projects website Cranespotters.com and MIAMI.

About the MIAMI Association of REALTORS®

The MIAMI Association of REALTORS® was chartered by the National Association of Realtors in 1920 and is celebrating 96 years of service to Realtors, the buying and selling public, and the communities in South Florida. Comprised of six organizations, the Residential Association, the Realtors Commercial Alliance, the Broward Council, the Jupiter Tequesta Hobe Sound (JTHS) Council, the Young Professionals Network (YPN) Council and the award-winning International Council, it represents nearly 45,000 real estate professionals in all aspects of real estate sales, marketing, and brokerage. It is the largest local Realtor association in the U.S., and has official partnerships with 160 international organizations worldwide.