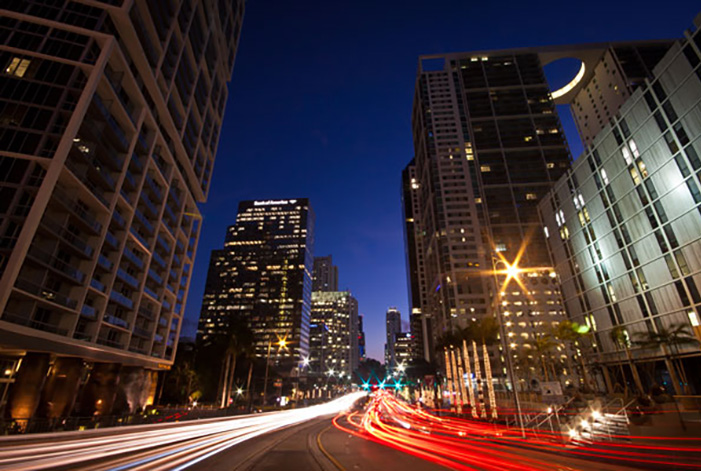 Miami, FL – Increased demand for single-family homes in Miami-Dade County continued in June amid very tight supply that is fueling double-digit price appreciation, according to the 29,000-member MIAMI Association of REALTORS and the local Multiple Listing Service (MLS) system.

“The Miami real estate market continues to gain momentum fueled by intense demand coupled with very tight supply particularly in the lower price ranges due to investors,” said 2013 Chairman of the Board of the MIAMI Association of REALTORS Natascha Tello.  “Miami real estate is definitely thriving.  Factors such as population growth and foreign buyers are driving record sales for the third consecutive year, which will continue to result in strong price appreciation until more supply comes on the market.”

Nationally, sales of existing single-family homes, townhomes, condominiums, and co-ops decreased 1.2 percent from May but were 15.2 percent higher than they were in June 2012, according to the National Association of Realtors.

The national median existing-home price for all housing types was $214,000 in June, a 13.5 percent increase from June 2012, according to the National Association of Realtors (NAR).

Housing Shortage Persists
Active listings at the end of June increased 5.1 percent, from 12,544 to 13,179, compared to June 2012, when the market was already experiencing a housing shortage. Despite the slight increase due to more new listings coming on the market, current active inventory remains insufficient to satisfy intense demand for Miami properties. Inventory of single-family homes decreased 2.8 percent to 5,006 active listings, while that of condominiums increased 10.5 percent to 8,173 active listings. At the current sales pace, there is 4.9 months of supply of single-family homes and 5.8 months of supply of condominiums in Miami-Dade, representing a decrease of 15.6 percent and an increase of 2.8 percent respectively compared to year-ago levels.

“Limited months supply of inventory in Miami reflects a seller’s market, which means buyers have to be more focused and savvy while sellers can sell fast if properties are priced right,” said 2013 MIAMI Association of REALTORS Residential President Fernando I. Martinez. “Properties that are competitively priced will sell very rapidly, particularly in the lower price points, and will generate multiple offers close to or above asking price.”

Distressed Sales Continue to Decline
Sales of distressed properties continue to sharply decline in Miami-Dade County, as prices for both REOs and short sales also rose significantly.  In June, only 36.7 percent of all closed residential sales in Miami-Dade County were distressed, including REOs (bank-owned properties) and short sales, compared to 44.4 percent in June 2012. Nationally, distressed homes accounted for 15 percent of June sales.

The median sales price of single-family home and condominium foreclosures in Miami-Dade increased 9.7 percent to $141,500 and 29 percent to $116,100 respectively.

The MIAMI Association of REALTORS was chartered by the National Association of Realtors in 1920 and is celebrating 93 years of service to Realtors, the buying and selling public, and the communities in South Florida.  Comprised of four organizations, the Residential Association, the Realtors Commercial Alliance, the Broward County Board of Governors, and the International Council, it represents more than 29,000 real estate professionals in all aspects of real estate sales, marketing, and brokerage.  It is the largest local Realtor association in the U.S., and has partnerships with more than 100 international organizations worldwide.  MIAMI’s official website is www.miamire.com.